A Book to Read When You Have Asperger Syndrome: Author Interview: Dr Stuart Neilson 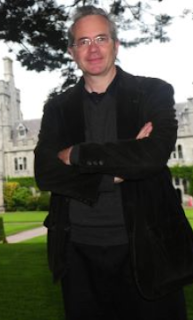 DR STUART NEILSON dislikes tying his shoelaces, walking through crowded streets, and refuses to take off his jumper on sweltering sun holidays because he hates the feeling of air on his bare skin. Every time he goes shopping, he rehearses the infinite number of ways in which the shopkeeper may interact with him, and he prefers predictable daily events, like having a daily holiday schedule of activities and checking out unknown destinations on Google Streetview before he leaves the house.


Neilson also has a PhD in Statistics, and lectures in Disability Studies module in University College Cork, Ireland. When he was diagnosed with Asperger Syndrome four years ago, he felt nothing but relief.


‘All my life I felt odd in some way. There was nothing at all negative for me about being diagnosed. It was such a revelation and I found it very helpful,’’ says Neilson.


Labelled a troublemaker in school, Neilson had difficulties with learning to read, and was sent and kicked out of remedial classes. He absorbed himself in building complex Lego structures, and had a lengthy obsession with Egypt, learning how to write people’s names in hieroglyphics.


Unable to understand the subtle nuances of everyday social interaction, and often failing to read body language cues, he was unpopular during secondary school. Before completing his A Levels, a teacher said ‘I really hate you Neilson, you’ll get an A in Chemistry, and you’ll do it to spite me.’


In adulthood, Neilson received psychiatric care for depression and anxiety, and was once commandeered by two security guards in a hospital because he reacted aggressively to a doctor’s unexpected touch.


‘Having an over-emotional response to something trivial is embarrassing, ’he says.


When he arrived home after an occupational therapy consultation with a bundle of leaflets about Asperger Syndrome, Neilson says his wife wasn’t surprised. He now attends regular occupational therapy, where he learns about social interaction, language and relationship building.


‘Being diagnosed has made life easier,’ says Neilson, who has just published a book ‘Living With AS and Autism in Ireland’ with his co-author, Diarmuid Heffernan, a keyworker supporting adults on the autistic spectrum. 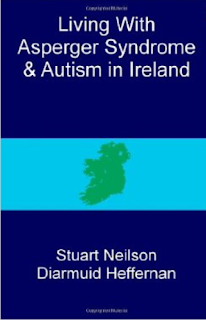 The book is a fascinating, part first-person account of what it feels like to have autism or AS, and how to deal with the issues that may arise as a result of this.


Neilson describes how he feels nauseous after attending a buffet, because he had undergone a surfeit of ‘social calories’ – the effort of making social contact with so many unfamiliar people in such a short time, and eating unfamiliar food, made him feel sick.


He also warns that people with ASD who have difficulties with their visual sense may feel overwhelmed in the lead-up to Christmas, as there are simply more flashing and flickering lights around. He advises sticking to the old-fashioned non-flickering lights, or to confine lights to one area/room of the house.


Both practical and theoretical, the book discusses relationships, school, college and work, how to plan to achieve goals, how to achieve success in daily activities, and barriers to participation in daily life.


For example, he advises if a person is sensitive to the feeling of air on their skin, then it is more socially acceptable to wear a few thin layers on the body, rather than one thick winter coat which ‘may look like you are about to leave, or don’t want to stay.’
When I asked Stuart to name his favourite books, he sent an email, beginning rather humorously with:


‘Dear Daisy, you probably *would* believe that I keep a log of the books I read, in alphabetical order of author.’


I read everything by Iain M Banks and was captivated by both the escapism of “Surface Detail” (which has the most amazingly courageous female lead) and his appropriately cynical final novel, “Hydrogen Sonata”, in which mediocrity and momentum triumph over the best of intentions.


Hugh Howey's “Wool” series is a credible portrayal of the near future of humanity, again portraying betrayal through the momentum of political ambition and expediency - warning each us of how important it is to be politically and scientifically informed about the world we share.

My current read is “Year Zero” by Rob Reid and it is, so far, a riotously funny exposé of the very serious issues of copyright, the remuneration of content creators for their intellectual works and the imbalance of power between the people who create and the corporations that hold the rights over their productions.

I am a fan of forensic crime fiction, particularly Patricia Cornwell, Kathy Reichs and Val McDermid - the cross-over between reality and fiction of Val McDermid's character Vance in “The Wire in the Blood” (based on Jimmy Savile) is spine-chilling, without any hyperbole. The depth and breadth of Savile’s offending - in plain sight - has had a life-long impact on his victims that few works of fiction could hope to parallel, and yet so many statistical indicators (the SAVI Report, or HSE and Dublin Rape Crisis Centre’s annual reports) tell us that he is just one of very many sexual offenders.

The biggest theme of the year has been the extent of state scrutiny of our personal lives and communications, which lead me to read some of the classic fiction on surveillance (“Memoirs Found in a Bathtub” by Stanislaw Lem, “Spew” by Neal Stephenson, “Super-Cannes” by JG Ballard, “The Shockwave Rider” by John Brunner, “Watchbird” by Robert Sheckley and “We” by Yevgeny Zamyatin) of which “Spew” was the most immediate - forget law(ful) enforcement, because the big corporations drive the entire agenda of modern electronic surveillance, to maximise our potentials as consumers.

Non-fiction fills more of my time than fiction, and is sometimes more emotionally intense and transformative.

The “Speeches on the Late Very Interesting State Trials” by Dublin judge John Philpott Curran (in 1808) is the origin of the grossly-misused maxim that “the price of freedom is eternal vigilance”, but in fact said that “It is the common fate of the indolent to see their rights become a prey to the active. The condition upon which God hath given liberty to man is eternal vigilance; which condition if he break, servitude is at once the consequence of his crime, and the punishment of his guilt.”

My final praise goes to Naoki Higashida for writing “The Reason I Jump”, in which he explains so eloquently how assistive technology allows him to “anchor my words, words that would otherwise flutter off as soon as I tried to speak them.”

‘Living with Asperger Syndrome and Autism in Ireland’ by Stuart Neilson and Diarmuid Heffernan is available from Amazon in both print form (€12) and as an e-book for Kindle (€6).


For more information, please see the Facebook page LivingWithASandAutismInIreland.
'This is Autism' flashblog is an interesting look into what autism means to a variety of people  thisisautismflashblog.blogspot.ie/
Posted by The Enchanted Doors at 14:07